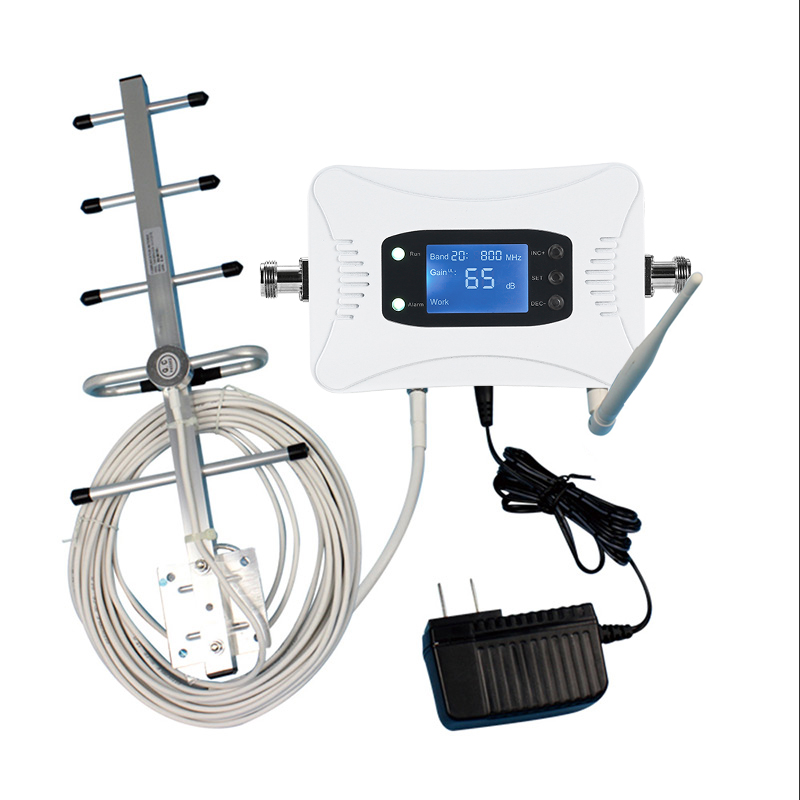 The base station uses a high-gain antenna with dual-set/multi-set reception capability and ±45-degree dual polarization, which can well "capture" the weak signal sent by the mobile phone. A good antenna is like the "downwind ear" of the base station, and the very weak "sound" emitted by the mobile phone can also be received. The figure is a common base station directional plate antenna, about 1.2M in length, about 15Kg in weight, can provide 18dBi gain capability, with dual-set reception capability. In fact, you can already roughly know the ability of this guy from the perspective of size.

Base station main equipment belongs to commercial industrial equipment. The first requirement is reliability and performance. The requirements in terms of appearance, volume, weight, energy consumption, cost, etc. are much looser than those of mobile phones and home wireless routers. Therefore, the base station master device can use more powerful chip devices and software algorithms than mobile phones and ordinary home wireless routers in terms of receiving capabilities. For example, the RRU (Remote Radio Unit), one of the components of Amplitec's RBS6601 distributed base station product, includes the following parts:

The TMA (Tower Top Amplifier) function can be used to amplify the uplink signal (that is, the signal sent by the mobile phone to the base station) with low noise, thereby greatly improving the uplink reception quality (Note: TMA is an optional function). At the same time, the LNA (low noise receiver amplifier) and receiving processing unit of the RRU itself are also strong in performance, comparable to non-mobile phones and ordinary home wireless routers. The picture above is a physical photo of an RRU, one of the components of ZTE's TD-SCDMA distributed base station product, a mobile phone, an ordinary home wireless router, and this "big iron block" that weighs more than 20kg and consumes hundreds of watts. "It is no longer a level in terms of tonnage (but the reason for being so heavily armed is more to adapt to various outdoor environments, such as waterproofing and better heat dissipation, etc.).

And then there's the technology used. For example, the 3G system using the CDMA technology has more spread spectrum gain than the GSM using the TDMA+FDMA technology, which allows the terminal to communicate with the base station with a lower transmit power. As shown in the figure above, a big difference between the system using CDMA technology and the system not using this technology is the addition of the step of spreading/despreading. For broadband signals with low power spectral density, the despreading operation is performed at the receiving end to recover the spread spectrum signal. The characteristics of CDMA technology can make the mobile phone work at a lower transmit power and be better received by the base station. For example, the transmit power of a WCDMA mobile phone can be as low as -50dBm (about 10nW, while the GSM mobile phone transmits the lowest in the 1800MHz frequency band. The power is 0dBm, about 1mW). This kind of signal can even be submerged in noise for transmission and has a certain concealment, so it was also used for military communication in the early days. At the same time, the Rake receiver is also used in CDMA to combine multipath signals (both the base station and the mobile phone use the Rake receiver, but the base station is stronger), so that the originally weak signal can be better received, which is also One of the advantages of CDMA technology. In addition, CDMA technology also uses uplink soft handover, which simply allows the signal of a mobile phone to be received by multiple cells, and then selectively combined by upper-layer network elements (such as RNC). An embodiment of receiving weak mobile phone signals". In layman's terms, the base station (WCDMA/CDMA2000/TD-SCDMA) that adopts the CDMA technology system has stronger receiving ability than the GSM base station. For more professional and detailed things about CDMA technology, you can search and refer to related books or technical documents by yourself.

Guangdong Amplitec Tech Development Co.,Ltd is the best mobile phone signal booster manufacturer. All our cell phone signal repeater comply with international standards and have no effect on base stations.