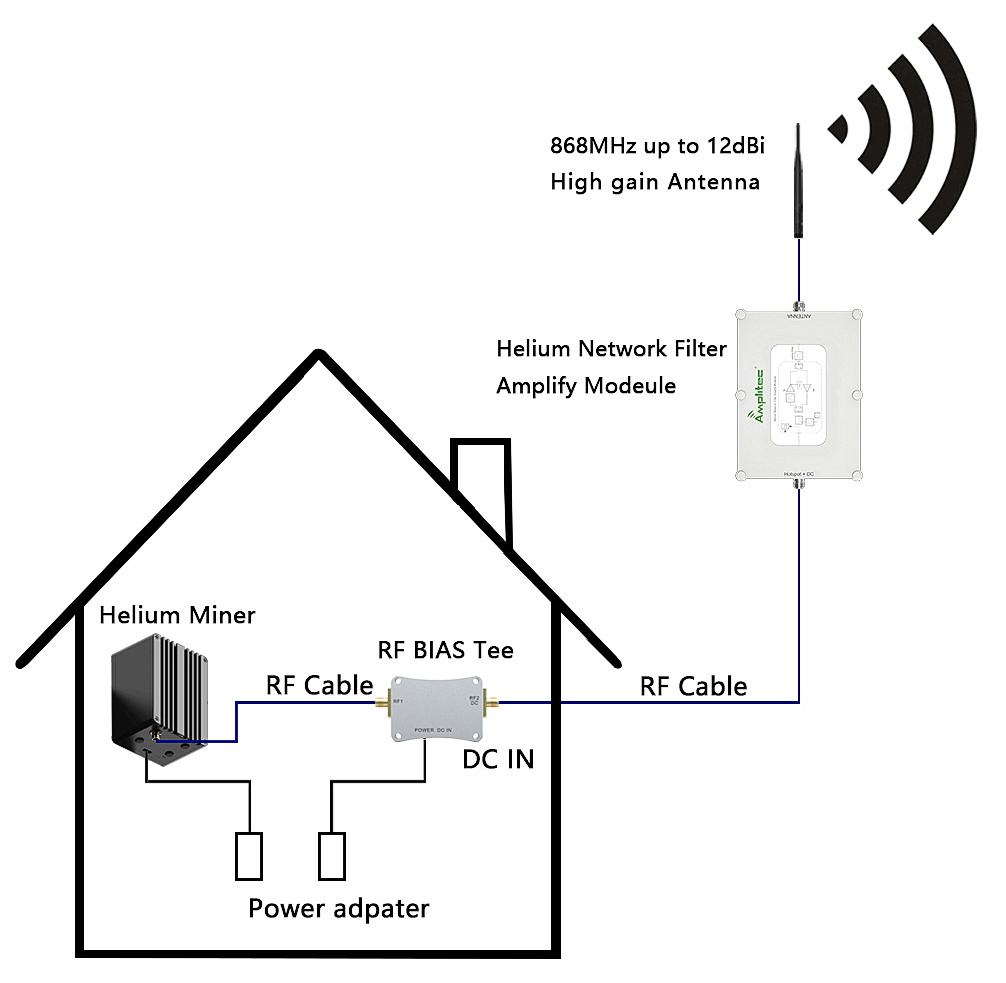 Recently, the 868Mhz/915Mhz flarm booster on hand are very popular. I didn't understand what happened for a while. Later, I realized that it was the Lora Internet of Things from abroad that became popular.

Let’s talk about what the Lora IoT is all about, it’s actually a good planning application. Like some smart city applications, street lights are no longer controlled by artificially setting timer switches, but automatically switch on and off according to the brightness of the local environment. Including some applications of smart agriculture, it will automatically control the amount of water spray and fertilization according to soil humidity, pH, etc. Just some intelligent applications, I believe that everyone already thinks that the prospect of this application is very good. So in order to encourage the implementation of these applications and build a blockchain, there is a reward system. Simply put, if you buy a designated device to provide a hotspot of the Internet of Things to nearby people, the more people use it, the more you get more money.

This application can even be used in smart homes, so it is not only required for urban construction, but everyone in every household will be exposed to the Lora Internet of Things. You can try to imagine, if you can use the Lora Internet of Things to let you know what your pets want to do in your company, wouldn’t it be a wonderful thing? It is precisely because of the extraordinary significance of building the Internet of Things blockchain that it can greatly improve people's life experience, so many people are still very optimistic about the construction of this block.

Of course, not all regions can participate in the construction of blockchain, and it is true that many regions have not yet planned, but I believe that it will become a major trend in the near future.

In addition, why is Lora IoT so well-received? As far as the construction of a blockchain is concerned, it is actually not a new thing. Even if there is a sound reward system, in fact, many blockchains will have a reward system, and the reward is even higher than this. In fact, the energy consumption is low. Taken together, the energy consumption of the Lora IoT is unimaginably low, and the economic benefits are quite high. For the global proposition of developing a green economy, there is no doubt that the Lora Internet of Things is destined for destiny.

Friends who may have a faster brain will ask a question. The Lora signal amplifier only increases the transmission distance of the hotspot, but it is not the source of the hotspot, so what is it that emits the hotspot? Leave a suspense here, we will talk about it in the next issue.

Well, today's sharing is here. There is no very professional terminology and knowledge. The main purpose is to let interested friends have a general understanding of this emerging thing. Follow me, I will update dry goods from time to time, see you in the next issue.